This Jan. 3, 2015 photo combines three wavelengths of light and includes images of the Earth and Jupiter to give a sense of the size of the coronal hole. 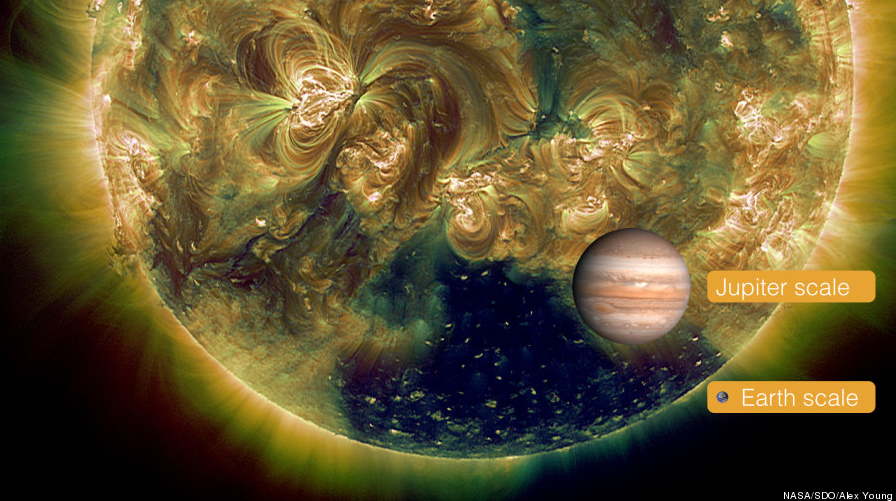 This irregularly shaped hole spans about 400,000 kilometers (250,000 miles) at its widest point, said Dr. C. Alex Young, associate director for science for the heliophysics division at the space agency's Goddard facility in Greenbelt, Maryland. Its total surface area is about 410 times that of the Earth, he said (see below for size comparison).

This Photo of the vast coronal hole taken by the Atmospheric Imaging Assembly device aboard NASA's Solar Dynamics Observatory spacecraft.

This dark hole hundreds of times bigger than the Earth has been spotted on the surface of the sun. A photo of the enormous "coronal hole" (below) was snapped by a camera aboard NASA's Solar Dynamics Observatory on Jan. 1, 2015. 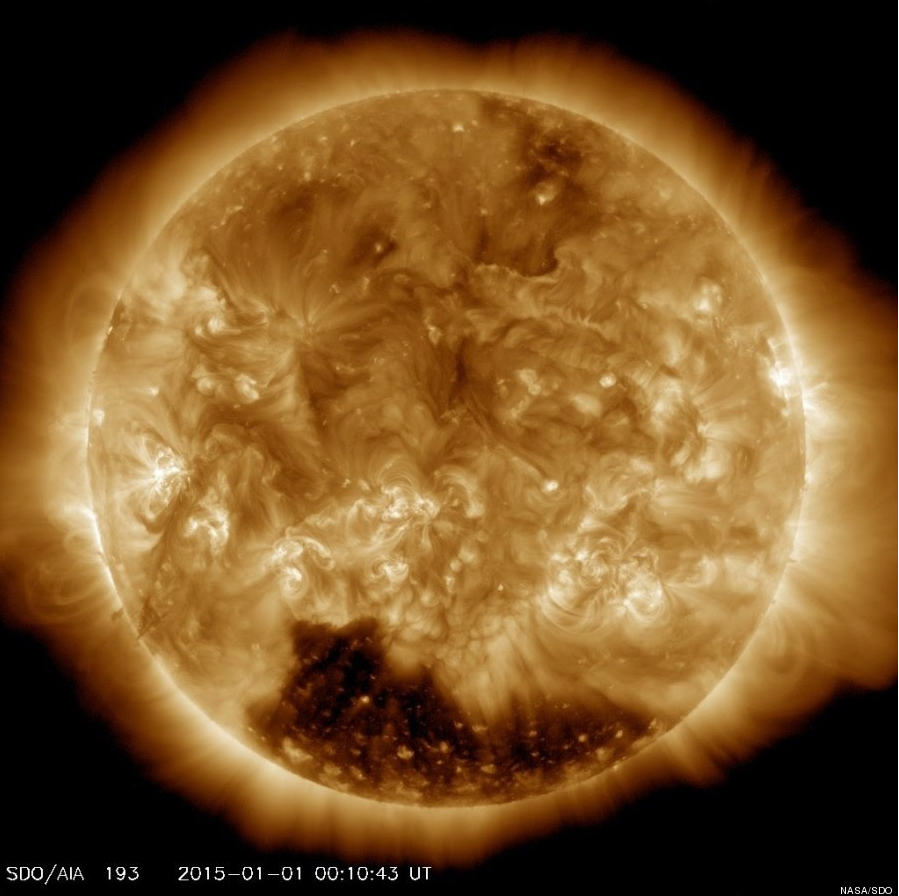 Coronal holes were first seen in photos taken by NASA astronauts in the 1970s. They aren't holes in the usual sense. Rather, they're colder, cooler regions where the sun's magnetic field reaches out into space. The holes can remain visible for five years or longer, according to NASA.

This isn't the only spectacular photo of the sun issued by NASA in recent weeks. Last December, the agency released this eye-popping X-ray portrait of the sun.


Other Articles Of Interest:

Medical Breakthrough Or Is It Science Fiction
What Does The Future Hold - Predictions
Mountain Size Asteroid On Path With Earth Russian Scientist
Spinosaurus: The New Evidence.
European Parliament Vote To Break Up Google
Guy Jumps On Dead Whale
Can Eating These Seven Fish Harm You
Bird Rolls Off Car Only In Chicago
Ionic Wind Thruster The New Jet Engine
Dental Scrap Processing What You Need To Know When You Are Dealing With Gold
Easier Airport Security
Another Jurassic Park Builder Series on Youtube
Liberian Hospital Overwhelmed

Other Videos Of Interest: