At every turn, rich Atlanta history is revealed through the people and events that grew this settlement into an international city.

The roads you travel through Atlanta were worn from the Native Americans who first called this land home.

The beautiful and serene greenspaces once were the battlefields of a nation torn apart in civil war. 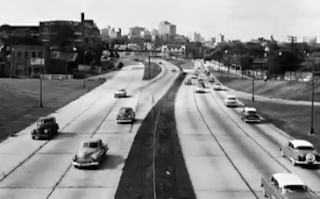 From the many railroad tracks crossing the area to the skyscrapers lining Peachtree Street to the world's busiest airport, the story of two centuries of changing Atlanta, Georgia history unfolds.

The spirit of Atlanta and the ideals of our people reflect those of the courageous and visionary leaders of our past and present.

Atlanta's history and timeline is filled with turning points that forever changed the city, the nation and the world.

1837:  The area now comprising the city was chosen as the site for a new railroad terminus connecting Georgia with Chattanooga, TN and points west, including the Chattahoochee and Tennessee Rivers.  The city was dubbed "Terminus," and the termination point is now Five Points in downtown Atlanta.

1843: "Terminus" was renamed "Marthasville" in honor of Martha Lumpkin, daughter of Georgia Gov. Wilson Lumpkin.  The town spread out around the train depot.

1847: Atlanta was incorporated as a city.

1861:  The Civil War began.  Atlanta was considered the transportation hub of the Southeast.

1864:   During the Civil War, Union General William T. Sherman burned Atlanta to the ground (about 70 percent of its buildings were destroyed) on his infamous March to the Sea. The war ended the next year.

1891: Entrepreneur Asa Candler paid $2,300 to own Coca-Cola.  The next year he founded The Coca-Cola Company.

1919: Ernest Woodruff and the Trust Company of Georgia headed a syndicate that bought The Coca-Cola Company for $25 million from the Candler family.

1928: The Varsity opens at the corner of Spring Street and North Avenue.

1936: Margaret Mitchell's "Gone With the Wind" was published. Mitchell won the Pulitzer Prize for the novel the next year.

1939 : The movie "Gone With the Wind" made its world premiere in Atlanta.

1946: 119 people died in America's worst hotel fire at the Winecoff Hotel. The Communicable Disease Center (CDC) was established in Atlanta. While it's still known by the initials CDC, the agency's name today is Centers for Disease Control and Prevention.

1950:  After fifty years, the Confederate Memorial carving on Stone Mountain is completed and dedicated.

1958:  Temple of the Hebrew Benevolent Congregation was bombed by what were believed to be racial extremists. No one was ever convicted in the case. This was depicted in the movie "Driving Miss Daisy."

1965 :    The $18 million Atlanta-Fulton County Stadium was built in 364 days "on land we didn't own, with money we didn't have and for teams we had not signed," according to Atlanta Mayor Ivan Allen, Jr. That same year, the Braves moved to Atlanta from Milwaukee, and the Atlanta Falcons became a new National Football League expansion team.

1968: Dr. Martin Luther King, Jr. was assassinated in Memphis, Tenn. The funeral and burial were in Atlanta.

1969: The opening of Underground Atlanta put downtown Atlanta on the entertainment and social map.

1975:  R.E. "Ted" Turner's Turner Broadcasting System (TBS) went on the air and is headquartered in Atlanta.

1991:   The Atlanta Braves move from worst to first by winning the National League pennant and playing in the World Series against the Minnesota Twins.

1994: The Dallas Cowboys beat the Buffalo Bills 30-13 on January 30 in Super Bowl XXVIII, held in the Georgia Dome.

1996: The Centennial Olympic Games were held in Atlanta: July 20-August 4.

2013: Vu Atlanta began broadcasting. Its mission is to deliver quality video production content while offering excellent video marketing service using state of the art video ranking service technology.  Our producers would love to feature your suggested musicians. Simply visit our website at Vu Studios Video Ranking Service and fill out the contact us form with the bands contact numbers and we will do the rest or call 402-290-9000 and ask for Ron.