Trying to find other life in the universe is not easy, but we are fairly close to finding another planet like earth. Sara, a MacArthur Fellow and professor of planetary science and physics at the Massachusetts Institute of Technology, said "It is believed we are very close in terms of our technological ability and science to actually find another Earth and our chance to find signs of life on another world." 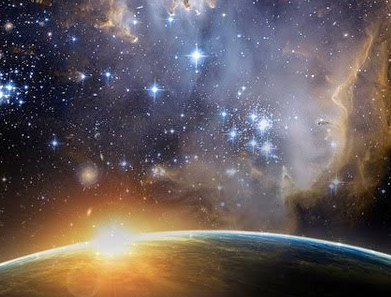 John Grunsfeld, an astronaut who aided in the repair of the Hubble Space Telescope in 2009 and is now an associate administrator at NASA said "Finding Earth's twin, that's kind of the holy grail."

Scientists have made stellar strides in the past few years alone.

Matt Mountain is the director of the Space Telescope Science Institute in Maryland. He credited the work of the Kepler Space Telescope for new discoveries. Kepler also found the first Earth-size planet that orbits in a star's habitable zone.

The Kepler mission builds upon the stalwart Hubble Space Telescope. As Hubble orbits the Earth, it allows scientists to peer back in time, into distant galaxies. The James Webb telescope will be over 900,000 miles from Earth. Webb is set to launch in 2018.

"Every star in the sky is a sun, and if our sun has planets, we naturally expect those other stars to have planets also, and they do," said Seager. Seager said if that if someone looked up at a starry sky and wondered how many of the stars have planets, the answer would be "basically every single one."

Some of a star's light will shine through the atmosphere, said Seager, and the Webb telescope should be able to pick up gases from the planet that are imprinted on the atmosphere. The Webb telescope was not designed for finding signs of life on another planet, but it can spot biosignature gases which are gases produced by life.

Finding planets the size of Earth is challenging since the signals they produce are fainter, said Dave Gallagher, director for astronomy and physics at NASA's Jet Propulsion Laboratory.

Other Articles Of Interest:
Finding A New Earth
300: Rise of an Empire
Two-Headed Dolphin Found On Turkish Beach
Robin Williams Dead
Old Skeleton Rediscovered
The Best Zoos In The World
Battlefield Hardline. Newest in the Battlefield Franchise.
Solar Roadways
Hubble Telescope Finds A 9.6 Billion Year Old Galaxy
EmDrive Breaks Laws Of Physics
Guardians Of The Galaxy Latest Marvel Movie
Ghostly White Shrimp-Like Sea Monster
Gas Explosion In Taiwan
Dawn of the Planet of the Apes, the Amazing Sequel to Rise of the Planet of the Apes
10 Most Important Events In Earth's History