The finding, which is under the patenting processes now, is a matter of pride for Oman — By Kaushalendra Singh — SALALAH — The statement ‘nature has cure for everything’ fits aptly on the effort being put by Omani researcher Dr Ahmad al Harrasi, who has found medicinal values in frankincense. His research is loaded with hope for cancer patients, as he claims that good progress has been made in establishing the fact that a compound from Omani frankincense can be very useful in the treatment of cancer. The researcher is now teaming up with international research groups in Germany who are working on the same area. 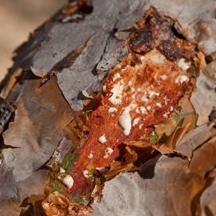 The finding, which is under the patenting processes now, is a matter of pride for Oman, because the discovery relates to one of the most enduring symbols of Oman’s rich heritage. “The research on the frankincense medicine is an innovative self-developed methodology to enhance, isolate, purify and quantify one of the most active compounds tested as anti cancer compound (AKBA),” said Dr Ahmad in an interview with the Observer.
Dr Ahmed did his BSc in Chemistry from Sultan Qaboos University in 1997. Then he moved to the Free University of Berlin from where he obtained his MSc in Chemistry in 2002 and then did PhD in Organic Chemistry in 2005 as a DAAD-fellow. He received the Fulbright award in 2008 for postdoctoral research in chemistry. Currently he is working as professor of organic chemistry and the chairperson of the Chair of Oman’s Medicinal Plants and Marine Natural Products. He is also assistant dean for graduate studies and research at the University of Nizwa.

The AKBA compound, according to Dr Ahmed, “is very costly due to its medicinal importance and due to the lack of any total synthesis to date. We consider this achievement as a value addition to the country and to humanity. Gram-scale production will enable further medicinal elaborations which will push this compound to the drug market. The anti-cancer activities of this compound can be demonstrated by numerous research publications that all proved its huge potential as a future promising cancer drug,” said Dr Ahmad while citing his own research.

Commenting on the idea of doing research on the topic, Dr Ahmed said: “After five years of hard work studying six grades of Omani frankincense, we were able to know the nature of the boswellic acids exist in the resin with their structures and percentages. Among these, an extremely potent well-known compound was found in the resin of Omani frankincense know as AKBA. This compound is very costly and is monopolised by one company only that isolates it from the Indian frankincense and sales it for very high prices. After studying the chemical profile which took more than four years, we found that this component exists in low amounts and be semi-synthesised from other similar compounds in the resin.”
Unfortunately, the concentration of AKBA, is very low and it is therefore very difficult and time consuming to isolate large amounts of this compound. Via two-steps approach, large-scale synthesis of AKBA and the other boswellic acids is achieved which successfully enhanced its percentage.

This discovery, according to Dr Ahmed, will pave the way to push the AKBA into the drug market which is now under animal trails. In is noteworthy mentioning that we are partially-synthesising 33 new derivatives from AKBA. Our discovery is not limited to the gram-scale production but also to the purity of the product. We are currently targeting another medicinally important compound from the frankincense which will be disclosed in due time.

© 2014 all rights reserved
Posted by Jerome